So this has pretty much been well documented elsewhere, but I’ll jot down some experiences of my own.

Updating boot-images failed when installing SP1 for SCCM2012. Obviously this SP had been highly anticipated, so we were eager to see if it could resolve some of our qualms and troubles with the RTM version.

Maybe we were too eager, but to the best of my knowledge we followed the pre-installation guide MS provided.

Anywho; we ended up with this: 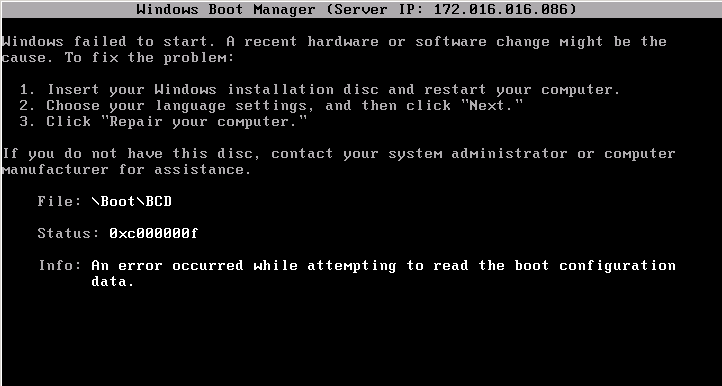 The boot images were there, but not accepted by SCCM anymore. A little bit of digging gave me the answer to that from Coretech:

So basically we had to copy the plain boot images from the ADK folder. Pretty straight forward.

But that lead to another problem. The DPs wouldn’t update! Just red X’es and “Failed to inject a ConfigMgr driver into the mounted WIM file”.

So I had to go and remove the drivers from the boot image. Then update the DP, then re-add them, and / or create a NEW MDT boot-image and make sure any and all references point to the new boot image.

Not my idea of fun, but thankfully it cleaned up pretty nicely. Only drawback is that adding drivers takes ALOT of time if you have a few models; even if you’re just adding network and storage adapter drivers. And there should be some automation in this to add just relevant drivers.

Not complaining too much though, it’s not like I have to do this every day.