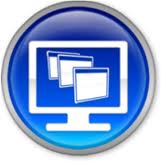 This is a very common problem; seen in a lot of different scenarios; but it’s most annoying on RDS / XenApp-servers. Logon stalls on printer mappings; for all users. Apparently… Read more »

Good news everyone! CU2 for Exchange 2013 is out; and it brings back many of the features that where missing from CU1/RTM; but where there in 2010. Deets are here:… Read more »

This will be a work-in-progress article, so it’ll be updated. If you’re interested; I suggest you bookmark or subscribe 🙂 What I’ve noticed in my travels, is that SQL Server… Read more »

A bit of a head-scratcher when trying to install the SQL Server 2008 R2 Best Practice Analyzer. The Baseline configuration analyzer installed just fine, and WinRM / PS2.0 was installed,… Read more »