REVISED 11/03/13! I’m not alone in having a headache whenever there’s a new Java-version. The old one doesn’t uninstall, the new one might fail to install. It’s a mess more… Read more »

So I stumbled upon this handy chart: http://en.wikipedia.org/wiki/Comparison_of_Exchange_ActiveSync_Clients Which cured my head-scratching over why I couldn’t see a recovery password for certain devices. Not all Active Sync clients support it…. Read more »

There are nine million Exchange blogs on the web. That’s a fact. So by now you probably know that Exchange 2013 is the bees knees. I won’t bore you with… Read more »

Needed to do some AD cleaning; and obviously Powershell is the way to go. Did some digging around the web and found misc ways to do it; but ended up… Read more »

This is usually not a big thing; but say you have 100 virtual servers. All of them set up as you want them; and the odds are slim that you’ll… Read more » 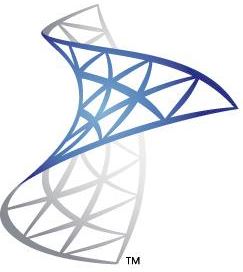 So this isn’t really a new problem, but in Windows 7 it’s become more frequent it seems. It can happen for a number of reasons, but often it’s related to… Read more »

So this is a common request: you need to set calendar permissions for all your users, so they all share details, beyond simple free/busy. Not really a problem, but I’ll… Read more »

So this was driving me nuts for a while. I was trying a simple task: Setting the power scheme for a XD pool. Should be straight forward, but it kepts… Read more »

So you want to delegate permissions to unlock accounts, as well as reset passwords for users in your domain? It’s not as straight forward as it should be. First, you… Read more »